This console was made in Hong Kong and sold under many names like Grandstand, Soundic, Hanimex or as in my case MARK (Prelude Modell 64562).

My first attempt was to make a Composite video mod. This resulted in a horribly noisy video output. After some investigation I realized that it is easy to make an RGB mod for this console since it has separate signals for sync and the graphical elements. The signals are provide by the "AY-3-8610" chip in the cartridge. This is a single-chip-game that is called Supersportic or PC-501. It has 8 Pong style games and 2 that requires a rifle. I mapped the colors as close as possible to the original except for the background that I made black mostly because it was easier. But I think black is kind of cool. I may go back and add an option to make it green later. That would require a 3 input NOR gate... 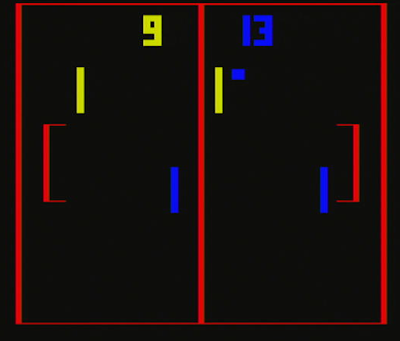 Image captured from the console.

Below are some notes that may help if you are going to do a similar mod. I also removed the RF-modulator board and replace most of the capacitors. I accidentally blow up a 1N4148 diode before I realized that positive voltage from the external 9V PSU is ground for the circuits on the board! 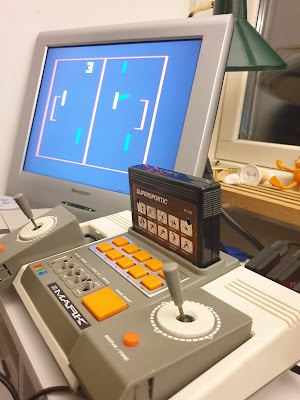 This is the result! 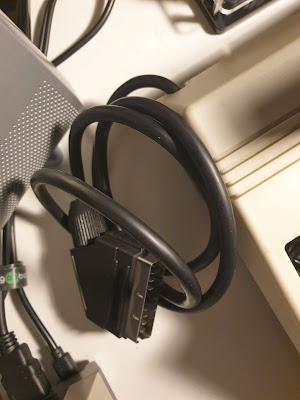 This Scart cable fit in the old RF output hole. 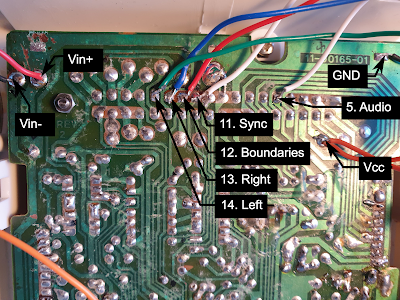 These are the connection point on the main PCB. 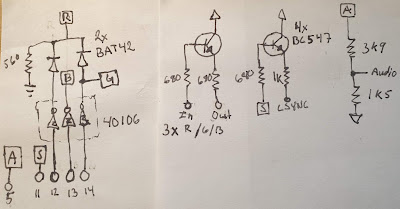 This is the schematic for my connections. The reason for using a 40106 schmitttrigger inverter was that it was what I had at hand. A regular inverter should do just fine. I had no OR gate chip so I used two schottky diodes. 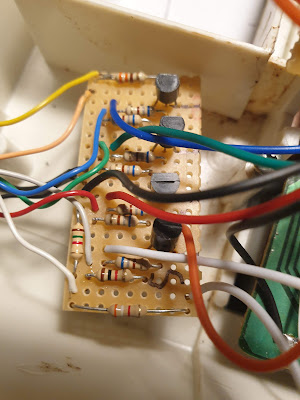 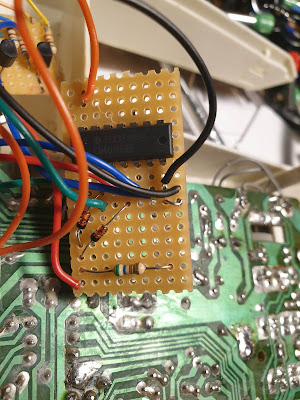 Burken Soft Game Pac was a series of cassette releases of cracked games for the Spectravideo computers. Many of them are conversions of MSX games. Back in 2019 I made an index of the games in the collection that I posted on my Facebook page. I did this by taking screenshots of the menu found on the tape files. To make it more convenient to find them I re-post it here. I don't provide the cas files but you can easily find the by using a popular search engine...

"Burken" is slang for "the computer" in Swedish. The formal translation would be "the can" as in "the can of beans". 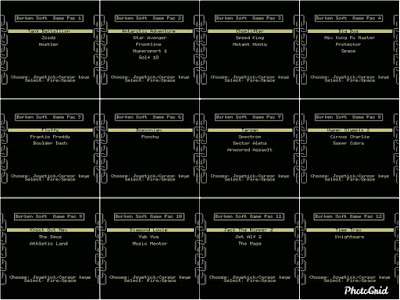 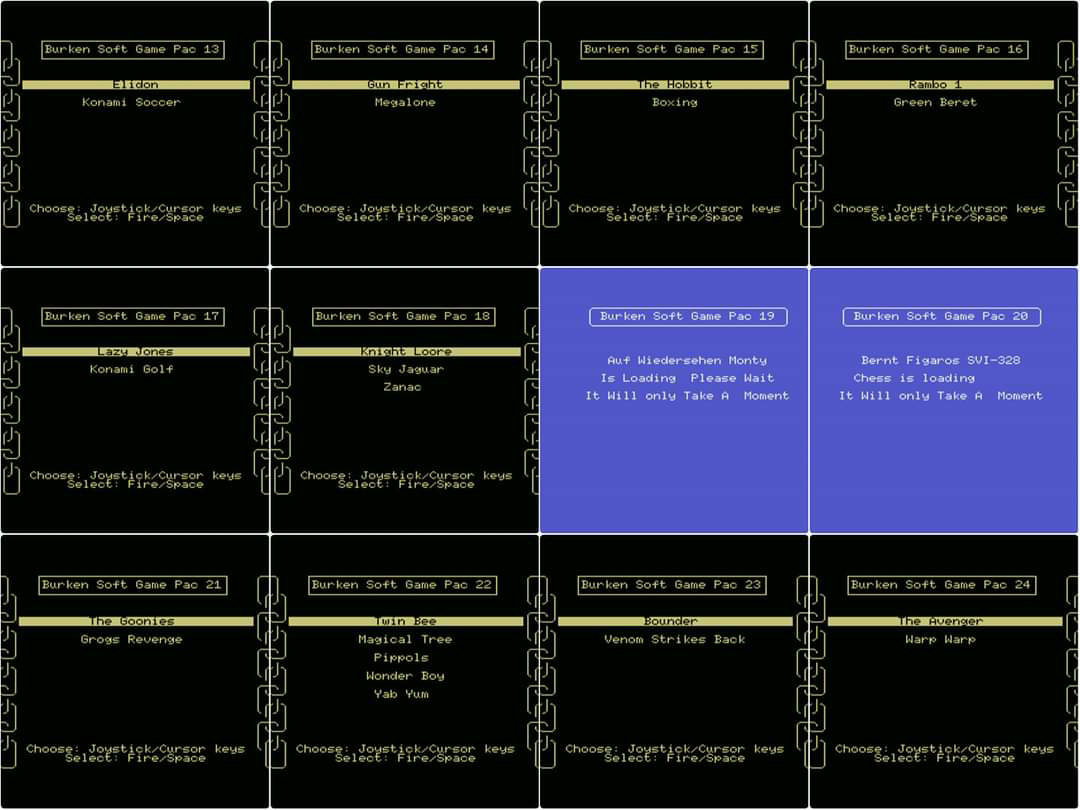 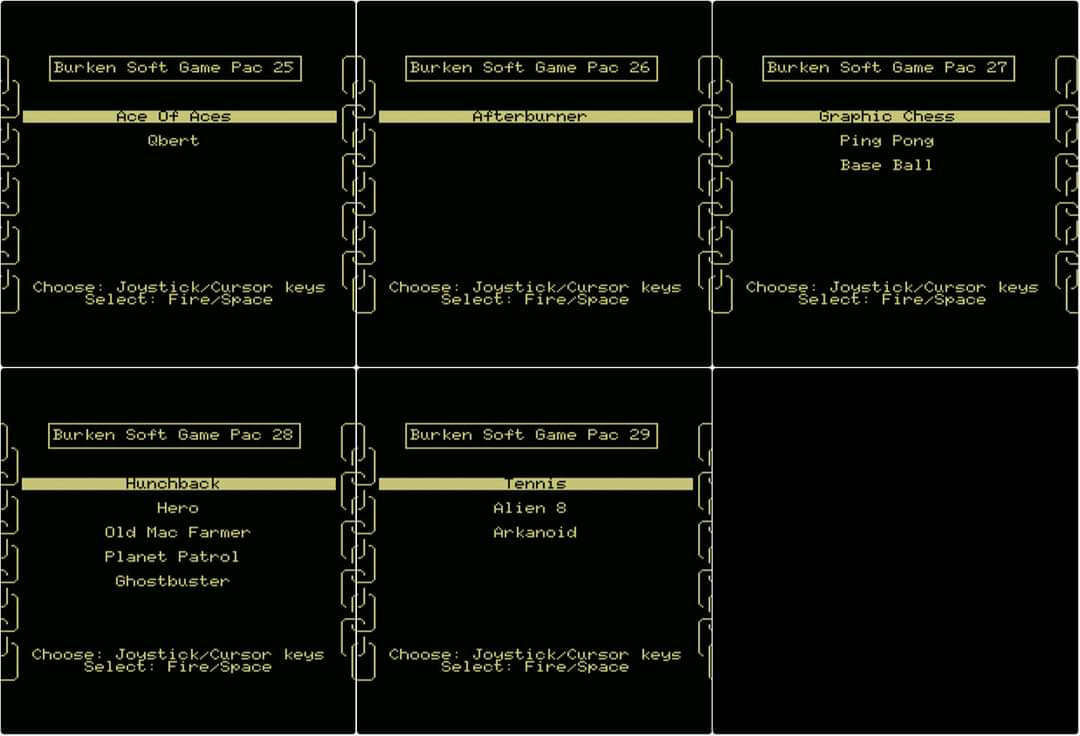