Running RetroPie on CRT with RGB 😍 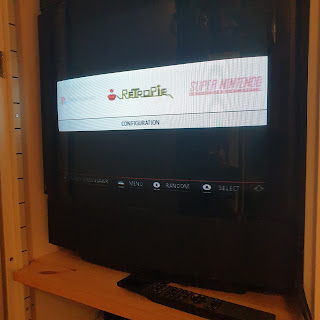 The RGB signals in VGA are compatible with the Scart RGB signals so they can be connect directly but the HSYNC and VSYNC must be converted to CSYNC. I used the circuit below for the conversion. The idea is taken from nexusuk.org that is no longer available but it can be accessed from archive.org. 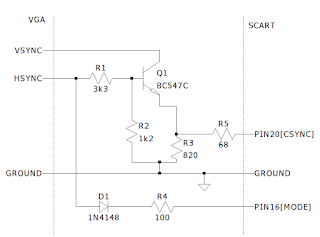 To make the TV switch to RGB mode 5 volt should be feed via a 100 ohm resistor to pin 16 in the Scart connector. Normaly there is 5 volt output from a VGA port but this adapter don't provide that. Instead I came up with a solution to tap it from HSYNC. It's a bit ugly but it works fine for my setup. Another solution would be to connect a USB cable to the Raspberry Pi to get 5 Volts. 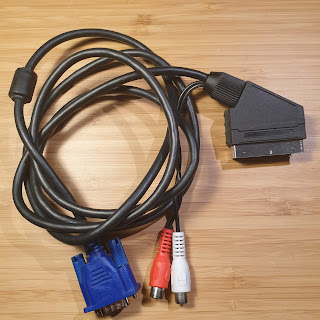 To make it work we also need to edit the file config.txt in the boot partition.

1. Add these line to make text in dialogs and the console a suitable size.

2. Add these line to output the correct signal for Scart RGB. Make sure that you don't have other video config line enabled!

You may want to adjust the numbers a bit for best result. For more details check this forum post 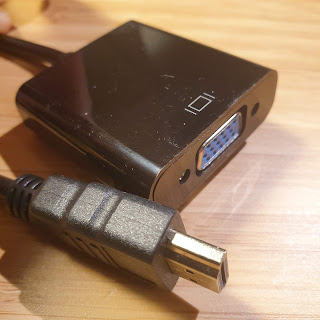 Enable audio from the 3.5mm Jack.

The VGA adapter did not have any audio output so I used the 3.5mm jack on the Raspberry Pi to feed audio in to the Scart connector. Run this command in a terminal to enable it: 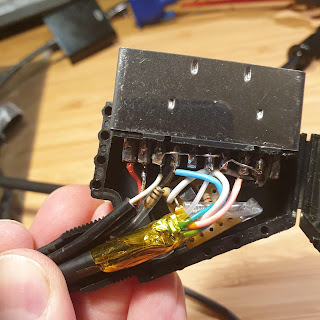 I managed to fit all parts inside the Scart connector!

Composite Video on Atari 2600 with an Amplifier

After some tinkering and simulation in LTSpice I ended up with the version of composite mod below. This is similar to the most common found online. This works fairly well on my CRT TV. It has a bit of noise but it is playable.

SIDE NOTE: I later realized that some of the electrolytic capacitors in the Atari 2600 had to be replaced. If you do this mod make sure to fix this also! 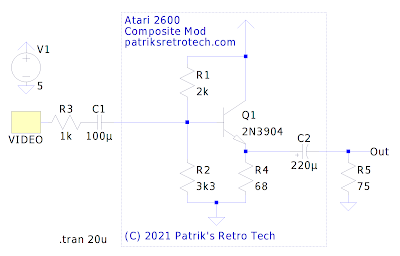 I also wanted to be able to connected it to my RetroTINK 2X Pro HDMI converter. I had problems with getting any image at all and when it worked the image was very dark.

I measured the amplitude from the signal and it was about 1/4 of the ideal level with a 75 ohm load. This is expected since this composite mod is an emitter follower and provides no amplification of the signal. The purpose is instead to be able to drive the 75 ohm impedance.

I came to the conclusion that the signal needs to be amplified. I took inspiration of some designs that I found online and made a spice model of my idea. After some iterations of testing and simulation I ended up with this design.

There are two potentiometers one for the DC/Sync pulse gain and one for AC Gain. I keep the composite mod in the console and conned this outside since it needs to be adjusted. Below is the final build. It is power with a USB adapter.

The images below are captured with a HDMI grabber from the RetroTINK 2X Pro. 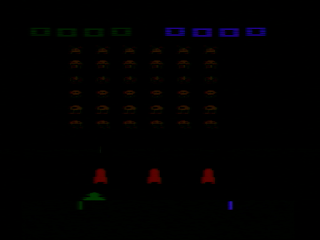 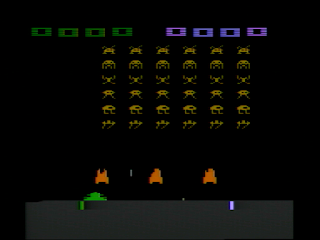 The only issues is that the colors are slightly wrong when capturing the HDMI signal. But that can be adjusted with the capture software. The amplifier also removes a lot of the noise on the CRT. For the interested... here are some LTSpice simulation results that I saved. 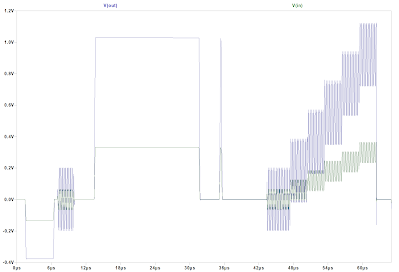 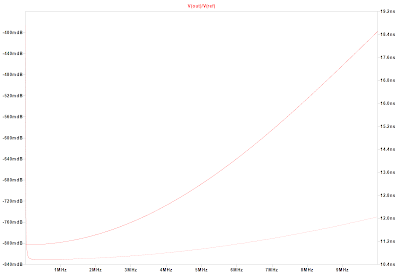